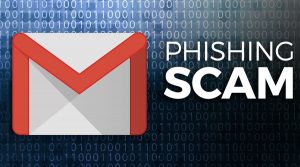 In the past years, hacking and phishing has evolved to a whole new level. This leaves us wondering will you know you are being hacked or even if it’s just a scam that can cost you loads? Today if you were to receive a scam email, how confident are you that you would not open or download any attachments?

According to previous reports, 40% of fraudulent e-mails are opened and attachments downloaded. The numbers may seem small and harmless but in the world of e-mail open rates, that is poisonous. On this note, it is scary that Gmail phishing is on the rise since it is going beyond bounds to effectively trick users. 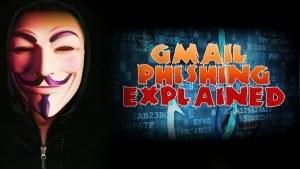 The new tactics are so good that the e-mail will not fall under the scam folder. This is why Gmail scams are affecting many victims. First and foremost, it all begins by receiving an e-mail from someone you know and maybe trust. Someone that may have been hacked and account stolen. The email contains information that looks familiar.

This familiarity of the details makes you open the email and even download the attachments. At one look everything looks legitimate to you. When downloading or previewing the attachments, it will take you to a Gmail login page that looks so real with no grammatical errors or even unrelated images and the graphics are perfect. The only error would be in the URL but who checks when the rest is fine? At the start of the URL, you’ll see “data:text/” and yet it should not exist. You may also see a green lock symbol at the start of the URL if you are using Chrome.

For the many who do not take note of the above, just quickly sign in and once the submission of your credentials is successful, everything is over and you know become the victim with your email being used to scam others. With your account in the hand of the hacker, they are now poisoned to compromise your personal and professional life and that may just be the beginning.

This does not happen only to Gmail users. Everyone is in danger. It only takes one to be naïve and lack legitimate and proper antivirus software that would have noted the phishing emails and the fake redirected cite. ESET products have the sole purpose of protecting you against this situations, whether on your mobile phone or tablet or computer. Enjoy safer technology today with ESET. 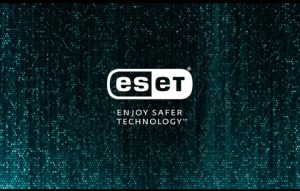 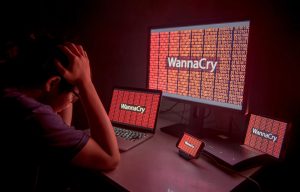 In the recent past, a ransomware known as WannaCry was detected  by ESET as Win32/Filecoder.WannaCryptor.D . WannaCry also was known as WannaCrypt or Wanna Decryptor has had effects on PCs all over the world. It estimated that the ransomware had affected over 50 countries since May of this year. However an what is termed as an advanced version of Wannacry was detected a few days ago by  ESET as Win32/Diskcoder.C Trojan. The ransomware is called Petya or The Golden Eye 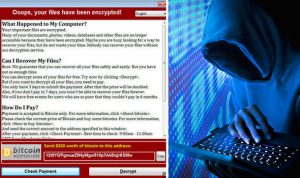 The Petya malware attacks a computer’s MBR (master boot record), a key part of the startup system. If the malware successfully infects the MBR, (master boot record), it will encrypt the whole drive itself. The computer user then receives a message that the files have been encrypted, with a demand that a ransom be paid to release them. 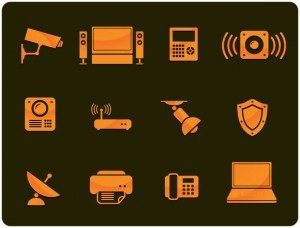 The ransomware targets from industries to financial institutions, individual users, healthcare and governmental agencies. These not only resulted in the valuable loss of sensitive data but also abrupt crippling of businesses. Hence, users need to take utmost precaution to find all possible vulnerabilities in their network and use patch updates to safeguard any probable exploit.

ESET has however made this a story not to worry about anymore. With the Ransomware Shield, Network Attack Protection, and Cloud Malware Protection Systems, ESET ensures that there is use multilayered malware prevention and detection to keep criminals from holding your data hostage. It also prevents spread of ransomware by protecting against vulnerabilities for which a patch has not yet been released or deployed and analyzes submitted malware and provides results to endpoints without requiring an update. 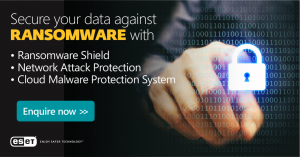 How to protect yourself with  ESET from Petya 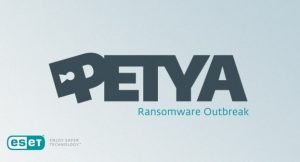 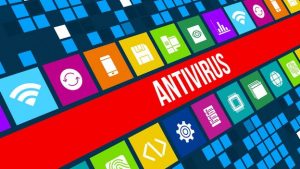 Antivirus software has long been a part of computer security. Its use predates the Internet as it is known today because viruses originally were circulated from computer to computer through the sharing of floppy discs. Having antivirus software is still an important way to help protect a home computer from attacks, but how legit is your antivirus?

Even the most naïve computer user know how computer viruses can destroy ones work in a matter of seconds, hour or even days. The self-replicating programs can wreak havoc in every compute it affects in some cases causing international crisis rumored even to happen. But how well do you understand forms of interchanging viruses and malware and how they work?

It is this inexperienced nature of individuals that cyber-criminals get a larger base of targets to attack and exploit, with the fastest growing attack method: use of fake antivirus software. With this, cyber-criminals can bypass even the most fortified computer protection since the users will invite the malware onto their computers even without knowing. 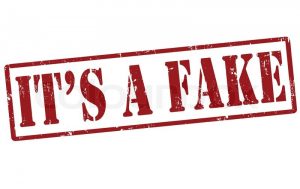 Cyber-criminals who create the fake software play on people’s ignorance about computers. This has made the forms of attacks to evolve from physical breaking-in into computers to the uses of infected bait this is known as social engineering. 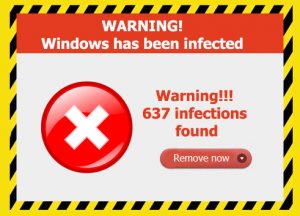 Have you ever come across a website that has a flashing advertisement that reads, “Your computer is infected with a virus! Click here to download a certain antivirus?” or a message that reads your android version has expired click to upgrade and your phone starts to vibrate as if it wants to blow up? A knowledgeable computer user knows that an advertisement cannot run a virus scan. 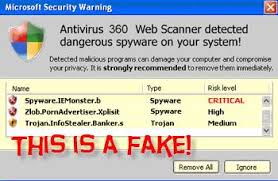 Another trick that cyber-criminals use is to name their software and use it in the name of a legit and respected product. For example Antivirus 360 instead of Norton 360, and many end up thinking they are receiving the quality product.

The term social engineering usually refers to a digital scam in which the perpetrator ends up with some financial gain. Although part of the trick may result in a damaged computer or software, the main goal is to make money off an attack. This can be achieved by collecting payment for a product that doesn’t exist, or by collecting the credit card information of the targets during the payment process and even stealing information and demanding ransomware. 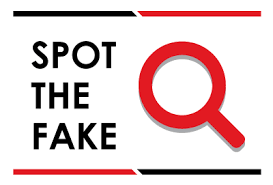 Having all this in mind, stopping fake antivirus is quite easy:

Having accredited antivirus software installed in an individual’s devices is the safest solution. Most legit antivirus products require a certain period of subscription such as ESET products. As mentioned earlier, some fake antivirus software disrupt the legit antivirus weakening the security and therefore prone to attacks. ESET on the other hand warns its users of harmful website and those that are phishing and look like real websites but are indeed fake. Also, ESET warns of harmful files that are to be downloaded. 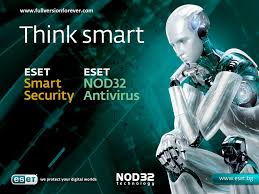